“Micro Loop Macro Cycle” is a series of installation, video, and performance, that investigates environmental cycle system through studies of different states of water. Sound is the primary material of this project, also as the communicational medium that reveals comprehensive sonic information about the dynamic states of present time and space.

Water, the most comment substance on Earth, which carries life and exist almost in every biogeochemical cycle systems, for this reason, water is highly connected to the surrounding conditions: from large scale environmental changes to molecular scale like: energy waves and chemical substance. Through these notions and observations of water, it allows us to gain insights on systematic interactions, and provide measurement and connection that indicate our relationship with the nature.

The focal point of this project is to present how a tiny event – a drop of water, or a crackle sound form a melting ice in a given cycle system, creates feedback loops that eventually can be seen as the whole. And also how every aspect inside the system is interconnected, and capable of revealing the bigger picture by its own.

Through bespoke software and sound design, the hidden soundscape within a given field of water is being captured from the microphone inside the ice, and amplified with the two speakers holding by the performer. As the ice melt through time, due to the various condition of the environment, the sound mirrors this natural process by rendering ever-changing sonic images.

The performer reveals these unpredictable and unique outcomes through his body movement in relation to space: as moving the speaker’s position around the ice creates a multi-dimensional soundscape, which illustrates the spacial picture in dynamic perspectives, and time: as an micro event is feed back into the field of cycle system, which eventually is developed to a sonic feedback loop that describes the fragmental moment of the reality. These properties of the interaction engage the performer’s state of mind extensively being at the present time-space, hence, embody himself into the cycle system. 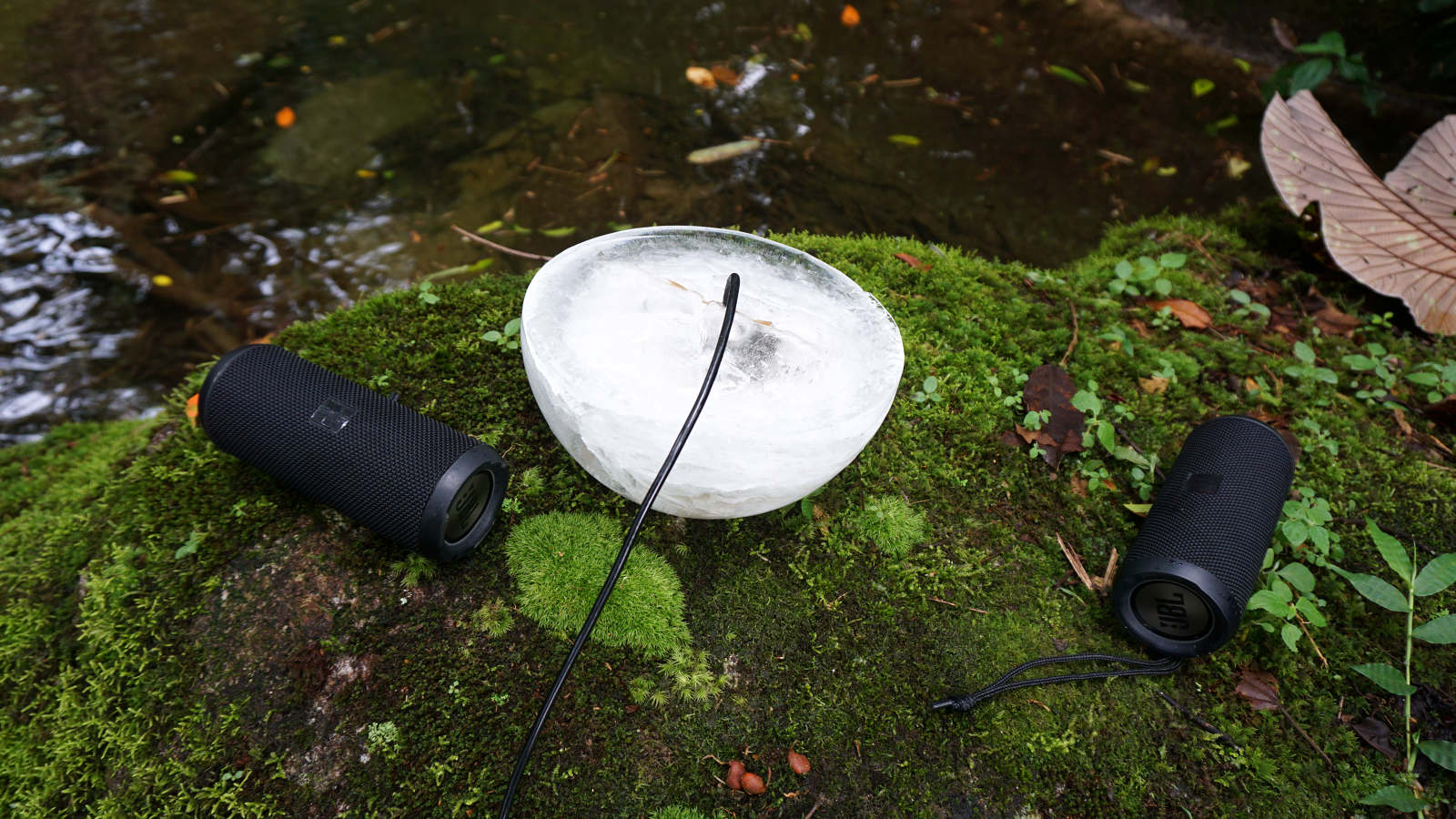 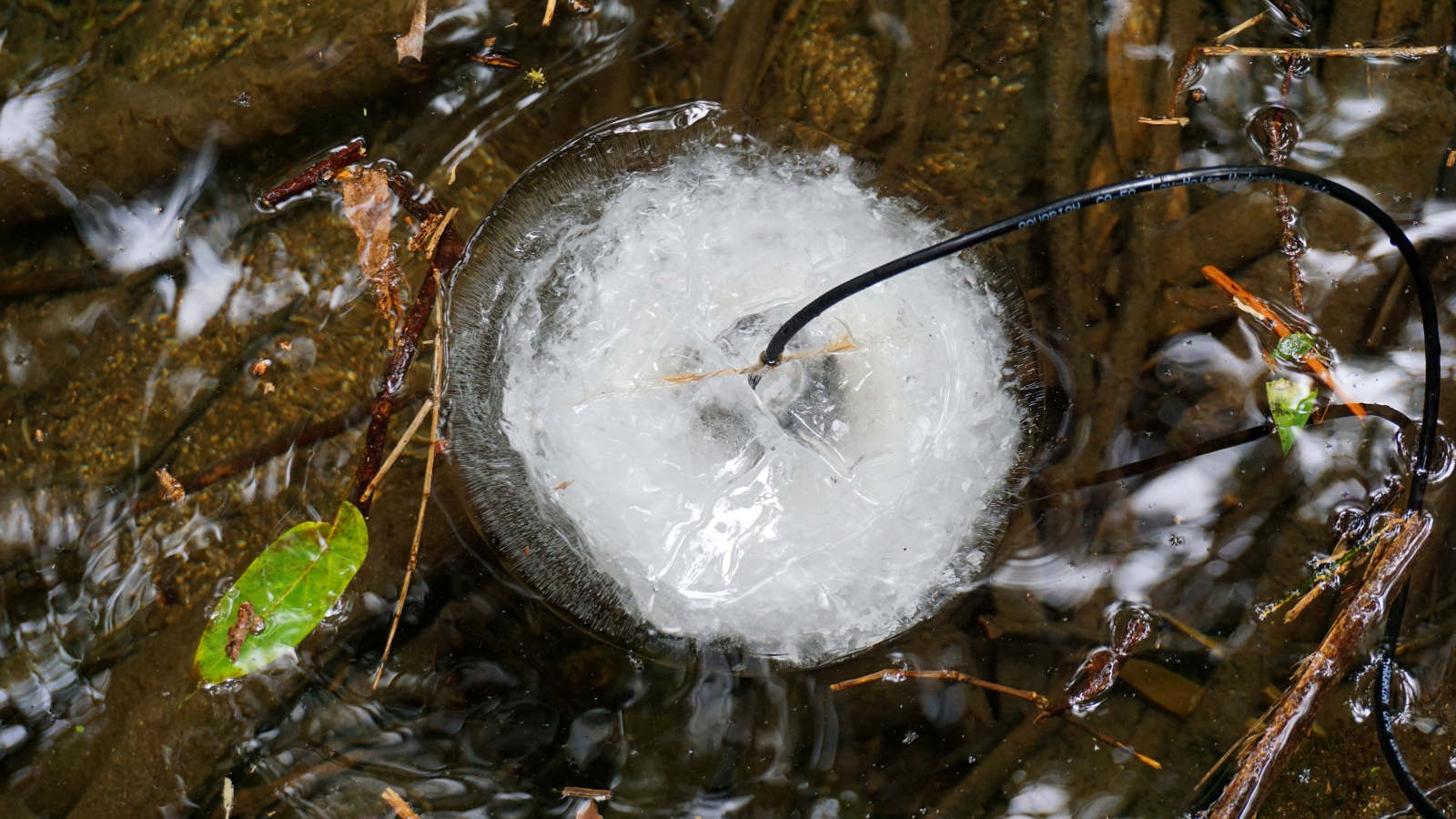 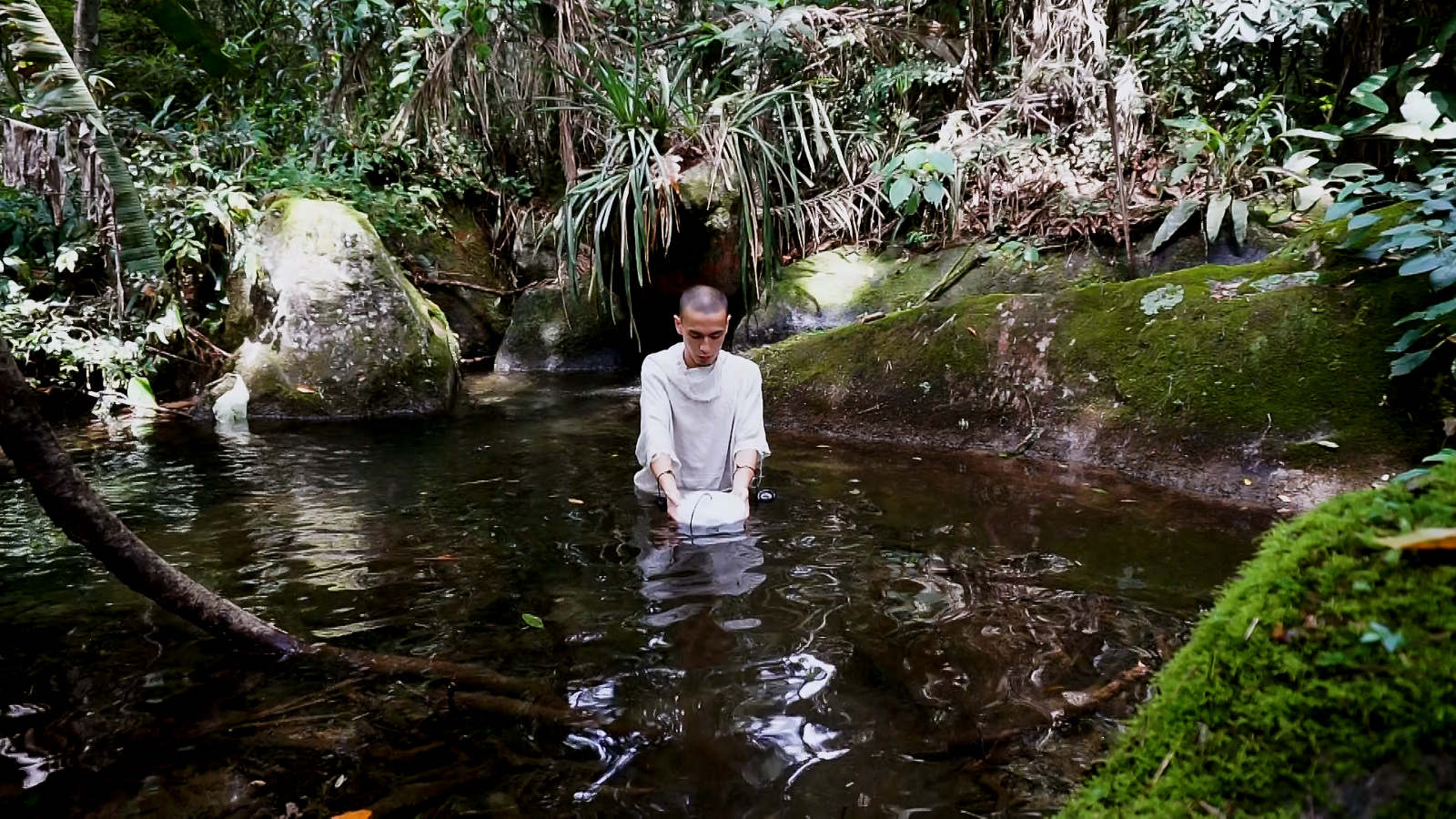 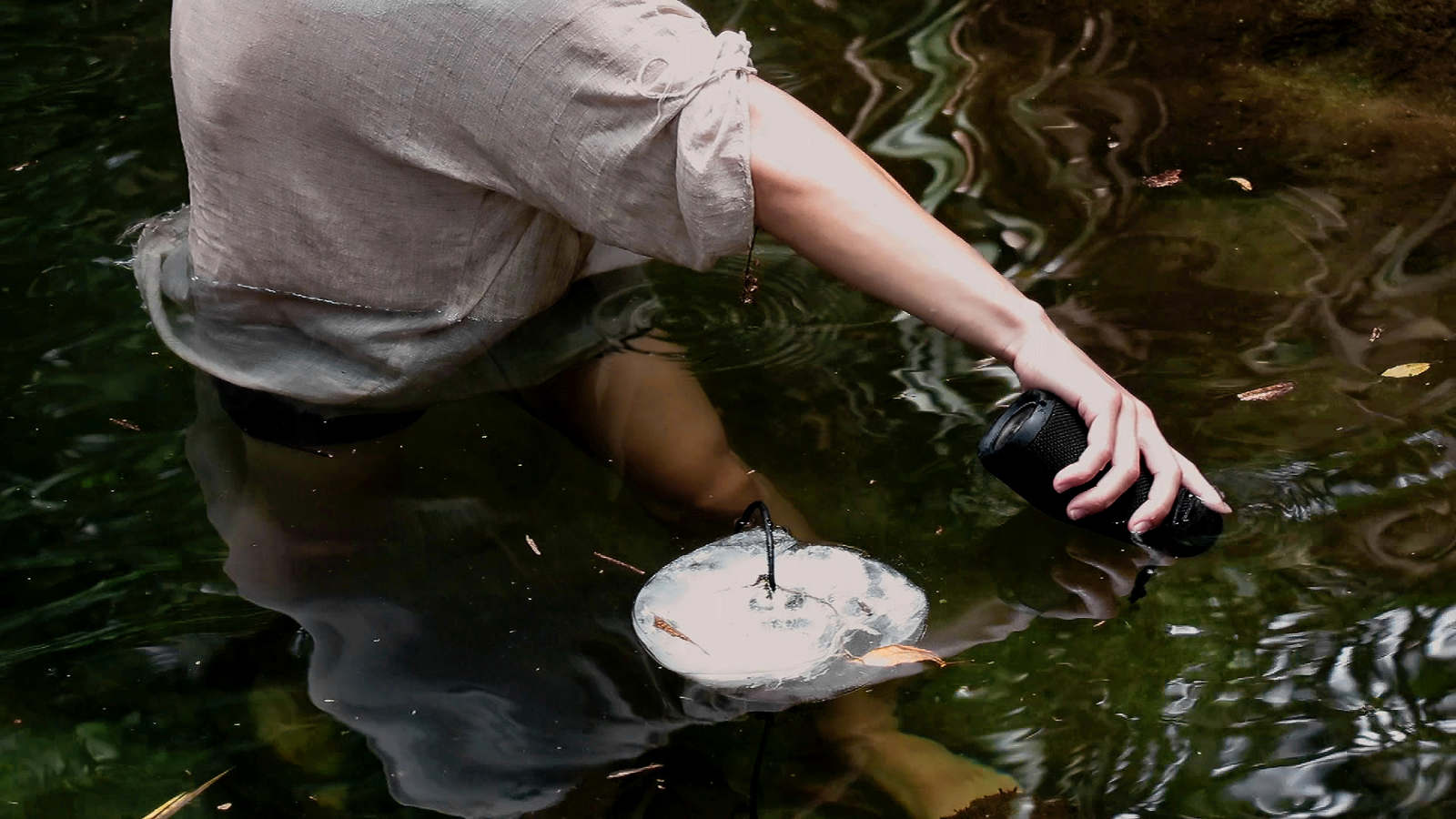 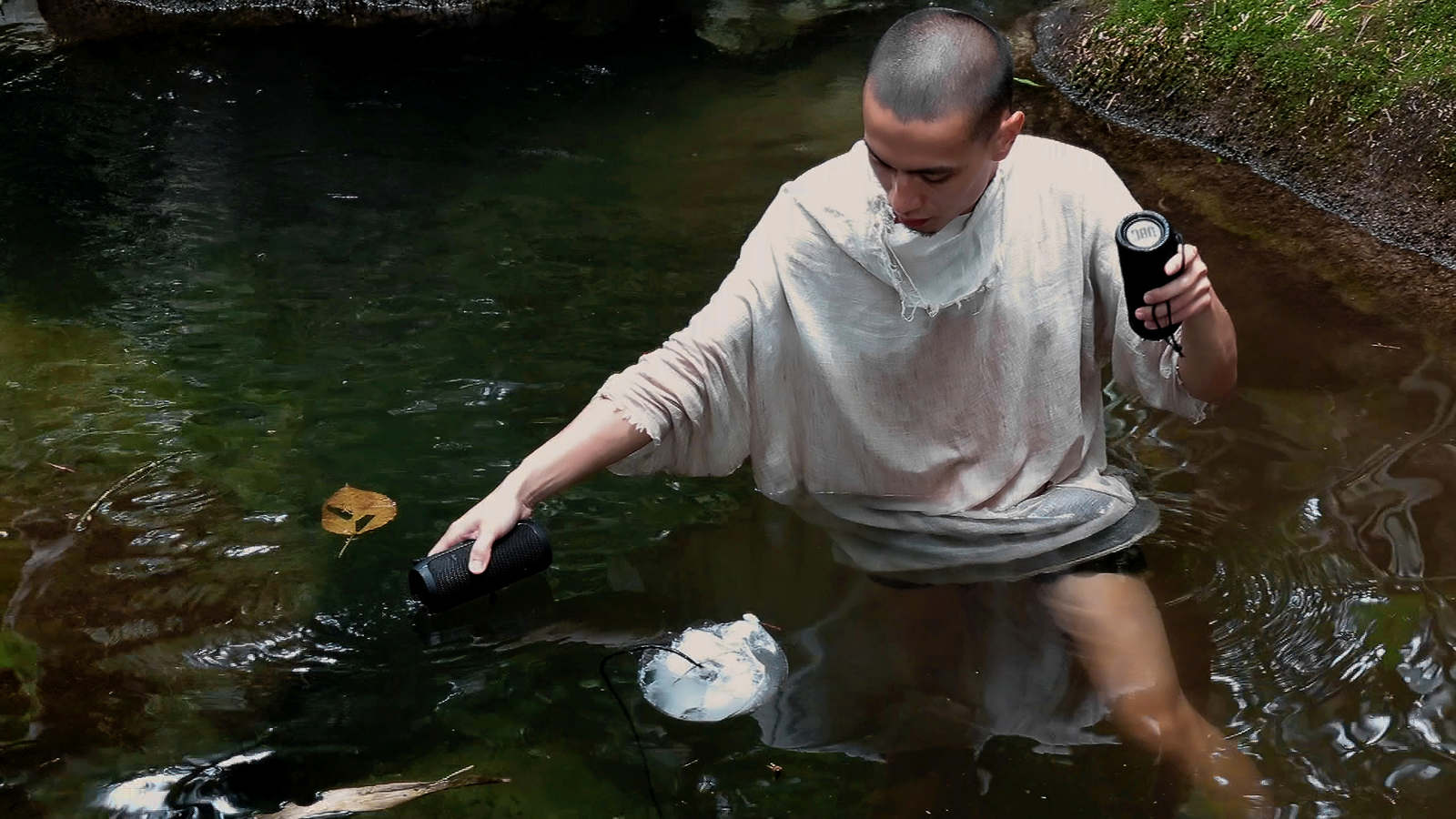 Aloïs Yang, born in 1986 Dax, France, raised in Taiwan, now based in Berlin, is a media artist, interaction designer and experimental musician who produces work that explores the relation and interaction between people, sound, and the external world. His work is influenced both by scientific reference and human imperfection of understanding the nature.

He overcomes the separation of art forms and genres with an integrated creative approach. He uses a wide range of media, from interactive installation to speculative design prototype and live audiovisual performance.

Interaction in Yang’s work takes place not just in objective reality, but also inside of intimate experience and imaginative projection. These includes traveling among such varied subjects as brain function, facial expression, micro/macro realities, virtual time-space, starlight, apocalypse, and the beginning of the Universe.