Gil Delindro(1989) is a unique presence among a new generation of Sound and Media Arts. He has distinguished himself by the use and research of organic elements, ephemeral events and intangible processes in Nature. His cross-border practice is based upon film, installation, sound performance and site specific/field research, facing themes such as time, animism, decay and geology.

Delindro´s performances directly translate organic matter such as water, stones and several detritus in to sonic landscapes, by using a visceral approach that enhances the performative gestures of confrontation and intimacy. Sound is the binding element of his work, it symbolizes the immaterial nature of matter, a continuous collapse of the present with no fixed body - such metaphor is a core question to his research, how do we perceive intangible movements in nature. Delindro´s ephemeral installations are based upon transfigurations of matter, using time measurements and amplification processes they become independent beings with life expectancy that exist in a transient state of mutation. Although extremely simple and sensory, they serve as well an imaginary world of poetic and immersive metaphors - the human condition as echoes of the natural world.

Delindro has dedicated a great part of his work in to field research in remote and isolated areas - from the 3 month residency in African Saharan Desert “The Weight of Mountains 2015” to the Rainforests of Brazil “Resiliência 2017” - he has researched on the limits of landscape, isolation, anthropology and lost geographies all around the world. His work has been showed in more then 40 countries worldwide and awarded by foundations such as Gulbenkian and ENCAC. In 2016 he was selected by SHAPE as one of the most innovative sound artists working in Europe and performed in festivals such as MusikProtokoll (Austria), Novas Frequências(Rio Janeiro), Submerge(Bristol) and CynetArt(Dresden), next to names such as Alvin Lucier, Blixa Bargeld, David Toop and Vincent Moon. Among published reviews in Musikworks (CA), The Chop(GER) and Digital in Berlin(GER), the British “Quietus” magazine considered him one of the best performances of the prestigious South American festival “Novas Frequências”. He has released and collaborated with Tzadik (NY), Audition Records(Berlin), Sonóscopia(Porto) and Ausland(Berlin). 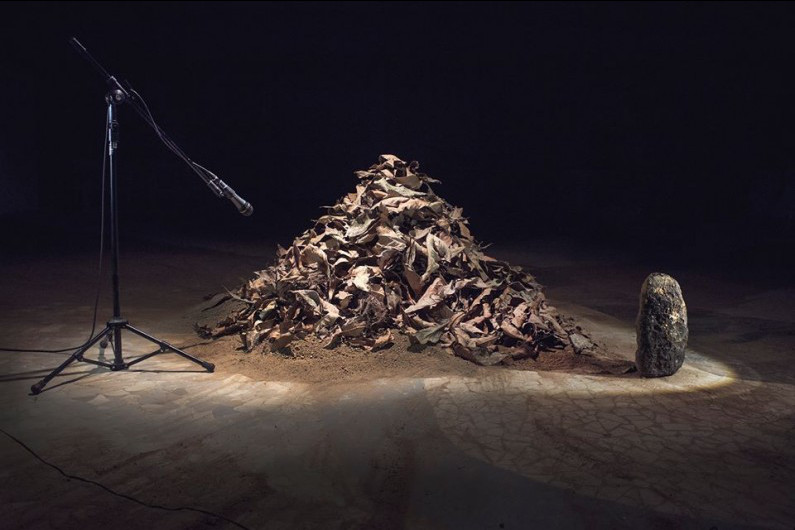 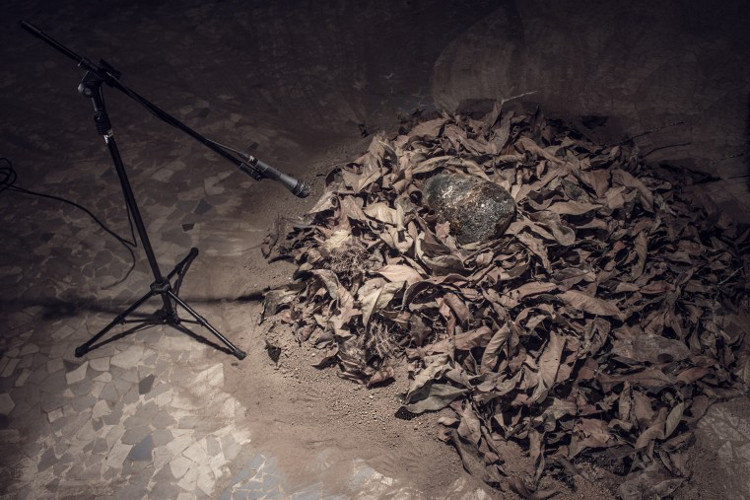 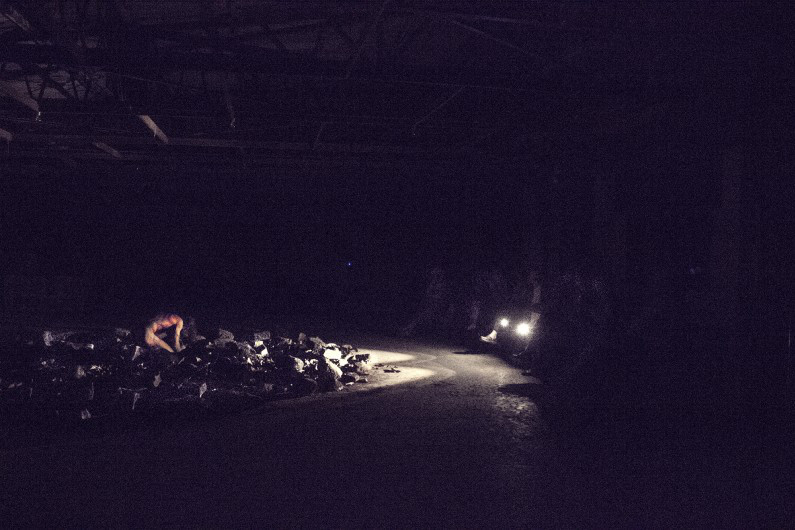 “I took a deep breath towards the ground and then all dust and matter rose, continuous but distorted by a unusual rhythmic beauty, as if all particles of existence had decided to dance the sound of a distant orbit, to far from man´s place. Such rhythm belonged to all - the grain, the lost, the dark, the shining, it had a visceral move that no atom could resist to - I stood in that circular abyss with blurred vision but no fear, no need for understanding, just that, just that eternal slow move towards nowhere, no past, no now, no future, no message. It was clear then that I don´t have to arrive, but only stay in transit, allow that movement to take with no resistance. We all, the dead and living carry such gravity - it is a force that existed long before us and does not respect concepts of love or hate, right or wrong.. There is no communication, there is no need for language. Believe no further, we have already arrived to eternity” 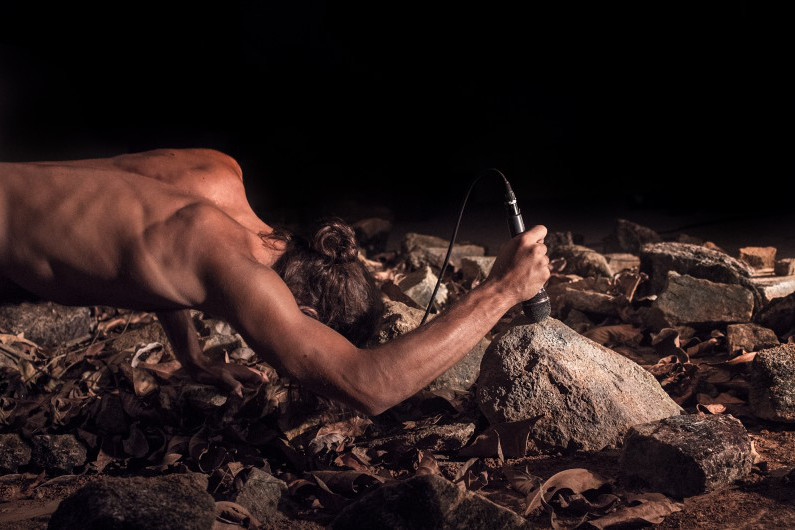 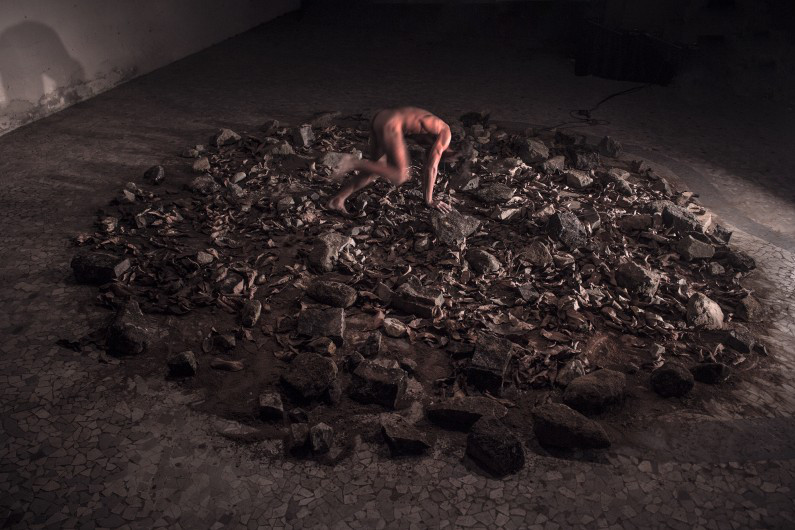 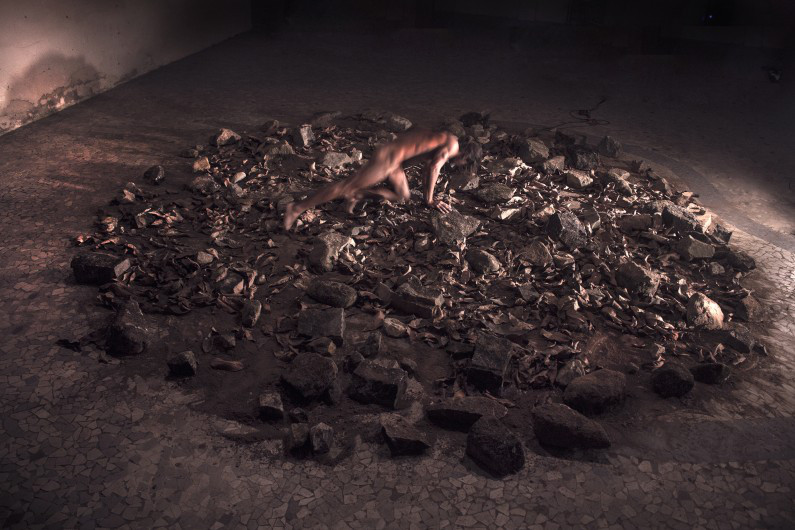